Mr. Grantham co-founded GMO in 1977 and is a member of GMO’s Asset Allocation team, serving as the firm’s long-term investment strategist. He is a member of the GMO Board of Directors and has also served on the investment boards of several non-profit organizations. Prior to GMO’s founding, Mr. Grantham was co-founder of Batterymarch Financial Management in 1969 where he recommended commercial indexing in 1971, one of several claims to being first. He began his investment career as an economist with Royal Dutch Shell. Mr. Grantham earned his undergraduate degree from the University of Sheffield (U.K.) and an M.B.A. from Harvard Business School. He is a member of the Academy of Arts and Sciences, holds a CBE from the UK and is a recipient of the Carnegie Medal for Philanthropy. 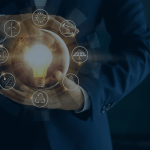 The Future of Sustainability – In Practice