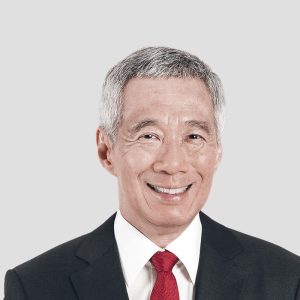 Lee Hsien Loong has been Singapore’s Prime Minister since 2004. Mr Lee is the Secretary-General of the People’s Action Party (PAP). He was first elected Member of Parliament (MP) in 1984, and has been re-elected eight times, most recently as an MP for the Ang Mo Kio Group Representation Constituency. Mr Lee is Chairman of GIC, and also chairs the Research, Innovation and Enterprise Council, an international panel that provides strategic direction for Singapore’s Research and Development efforts.

Mr Lee holds a B.A. in Mathematics and a Diploma in Computer Science from the University of Cambridge. He holds a Master in Public Administration and is a Mason Fellow at the Harvard Kennedy School.